I don’t know if I’ve ever felt such a stark sense of abandon as when I defeated Final Fantasy X for the first time. The final cutscene faded to black and the credits rolled over a saccharine yet melancholic song in a language I didn’t understand. In a daze, I parted ways with my older sister (my comrade in virtual arms) and headed for bed. I was drained from the feat of grinding through the final portion of the game, but there was no way that I was going to fall asleep. Instead, I cried through the entire night. I knew that it was special while going through it, I just didn’t realize how difficult it would be to say goodbye.

In that moment, all I wanted to do was crawl back inside and continue existing within the story, playing the game on an endless loop. But that night in my then eleven-year-old life was the last time I played Final Fantasy X until only recently. My intention was never to leave it behind for nearly fifteen years, so why did it take an act of forced isolation for me to revisit a world that I carried so close?

Like many 90s kids in the early 2000s, I caught wind of the Final Fantasy series by way of the more approachable Kingdom Hearts, which was developed in partnership between Final Fantasy creator Square Enix and Disney. After becoming well acquainted with the sensibilities of a Japanese Roll Playing Game (JRPG) from Kingdom Hearts, I was ready to make the jump to its more mature older sibling. Rather than continue one sprawling narrative, each iteration brings forth a wholly original creation while still adhering to the series hallmarks of mythological world building, high-stakes and character driven missions, and the presence of elemental magic (not to mention chocobos). Fate would have it that I found my way to the tenth member of the franchise, Final Fantasy X (yes, it’s a roman numeral) because in the summer of 2005 it was the only main installment to exist on the Playstation 2.

This particular story begins with the main character Tidus being mysteriously transported from his high-tech metropolis by the sudden appearance of a literal massive monster of destruction. The alternative reality he wakes up in is much like his own home but with a key difference. This world, Spira, forbids the use of casual machinery, or machina, and instead devotes societal focus to the spiritual teachings of Yevon. The creature that bridges the two realities is very plainly called Sin. It was manifested one-thousand years before the events of the story as punishment for the generations past who turned their backs on Yevon in favor of a more secular, technologically driven civilization — one that eventually destroyed itself in a war with the machines it created. Only Summoners, who give their lives over to the teachings, have the ability to defeat Sin and bring a period called The Calm. That is, until Sin is once again reborn and the cycle of destruction and reprieve repeats. In Spira, defeating Sin is only a system of appeasement presented as hope.

Tidus soon crosses paths with a young Summoner named Yuna and her Guardians as they begin her pilgrimage to defeat this reincarnation of Sin. As it goes, the ruling religion is not as truthful as they present, and Tidus’ destiny is more intrinsically linked to Sin than he could have ever realized. While unraveling the mystery of Tidus’ existence, the group must find a new way to break the cycle and defeat Sin once and for all.

It’s epic. It’s layered. It’s fantastical. Tidus and Yuna fall in love and you fall in love with them. More than the actual creature who annihilates entire villages, you hate the Cleric who tries to force Yuna into marriage with every fiber of your being. The fine-tuned mechanics of the game coax each boss battle – especially the multiple rounds against said Cleric – to feel like a personal victory. Even in my youthful hysterics, I knew I didn’t need to constantly play the game for it to stay with me – it’s lessons were imprinted on me for good. I just wish I would have given myself permission to come back sooner.

That was the summer before I entered middle school, right around the time most of us become all too aware that we’re growing out of childhood. Meandering, unbridled time suddenly grew scarce. Like many JRPGs, Final Fantasy X takes some fifty odd hours to defeat and if you’re a real completionist about it, can take upwards of seventy to one-hundred. The medium of a story greatly impacts the experience, and the immersive and interactive nature of an RPG lends itself to a much more bingeable playing pattern. It’s often not the most casual of affairs and is easy to find yourself lost in the mechanics of the game hours longer than intended. Even if the urge to relive the experience kept its hold, I could never quite justify dedicating that amount of time to something I’d already finished.

Every few years a new Final Fantasy would be released (or there’d be another RPG that piqued my interest) and I’d be excited to give it a go, but my new teenage reality would catch up and I’d soon lose momentum. After that summer, it was never the same. That internal nag telling me this wasn’t a valuable way to spend my time would win out regardless of craving the kind of release it could provide.

As video games permeated mainstream culture, their stigmas remained just as pervasive. Certain factions were convinced that only grown men who still lived in their parents’ basements wasted their potential on these nothings or that shooting a virtual hostage directly correlated to real world gun violence. Nuanced opinion hadn’t quite interjected that playing a First Person Shooter was maybe more of an outlet than an influencer and that gaming might be a legitimate skill that could possibly rival traditional sporting entertainment one day.

To my parents’ credit, they never shunned me or my sister for taking the digital dive. (My mom even praised my button mashing, saying it showed a “strong aptitude” for hand-eye coordination.) As is unfortunately the case for young women, the positive opinions proved harder to internalize than the negative. Maybe it was in part to the  numerous attempts to join in a conversation with male classmates only to leave the circle being made to feel fraudulent. Maybe it was my self-made fixation on accomplishments that prevented me from partaking is such a “leisurely” activity. Whatever the combination of indeterminate influences that crept in — I fell out of touch.

Months before the pandemic set in, I purchased Final Fantasy X (remastered!) on impulse in the midst of a nostalgic conversation with a friend on our deeply shared love of the game. The second it arrived in the mail, I shoved the disk into my boyfriend’s PS4, but despite being flooded with emotion from the opening overatue, I shut off the game with little progress. That little pesky itch told me my time was better spent elsewhere. Then, all external activities came to a halt. I soon found myself with that familiar shapeless time reminiscent of childhood and was reminded of that feeling of getting swept away in that far-off world. And there was Final Fantasy X, already dusty from a few months on the shelf. There was no excuse not to meet the moment.

Playing through the game again I was surprised by just how many details I remembered from the near fifteen-years between. I found myself always just one step ahead of the invisible hand that guides the story causing excitement for what was to come. From direct quotes in the most casual of cutscenes, to the specific fiends you battle in each environment — so much had stayed with me, yet the rediscovery was fresh nonetheless. Sure, it didn’t have the state-of-the-art graphics in most current games, but just being back was enough.

The game remained frozen in time and I became the variable. It wasn’t as rip-your-hair-out difficult as when I was a kid but I was still thoroughly engaged throughout. (Really good to know that my cognitive functions have indeed improved during my hiatus.) I still KO’d a handful of times, which is inevitable, but those fist-clinching moments only gave me a greater appreciation for my younger self being able to work through those exact same challenges. It served as a reminder that I should give that little girl credit more often.

Through my older eyes I was also able to gain a deeper reading of the story, focusing closer on the pervasive themes of institutional religion and power. Yevon weaponized the fear of Sin to demonize a minority group called the Al Bhed who continued to rely on machina as a way to blame someone for the meaningless devastation of Sin. Yuna herself was secretly half Al Bhed and one of the sub-plots followed her most devout Guardian growing past his prejudice. That’s not the kind of mature lesson you’re typically exposed to as a kid. I found myself wondering if this might have been one of the first times I was explicitly shown the cracking façade often found in institutions of power. Great fantasy has a way of exploring the big issues in an interpersonal way. Even if I didn’t fully grasp the larger precedent in reality, I intuitively understood the emotional stakes. Now, I have the ability to contextualize those feelings.

A few moments were undisputedly more inane (laughing scene, I’m looking at you), but it never changed the heart of the characters and the strength of the connections found within the epic. Playing Final Fantasy X again was fun. It had been a while since I allowed myself the space to exist in that rare state of simultaneous focus and ease. Even if it was only because the outside world was standing still, I could turn to the game for escape without hesitation. It was like finally catching up with an old friend and picking up right where we left off.

Once I found myself approaching what I knew to be the end of the game, I couldn’t help but keep pushing it off a little longer. During bouts, I would shut down the console prematurely for the sole purpose of delaying that steady march towards the finish line. I wanted to be back in the middle of the journey, when you’re past the growing pains of a beginning but not yet near the sadness of an end. When I eventually picked the controller up for that final time — and that heart-breaking melody inevitably rolled over the credits again — I did it knowing that this world would continue to be there whenever I needed it. Aimless time may never come this way again, but I still hope I’ll be able to let myself return to the story and get lost in its moments all the same.

Co-Editor at Corduroy Publication.
Holly Cook is a writer hailing from Houston, TX based in Los Angeles, CA. She writes about entertainment and pop culture. You can catch her checking off classic films from her movie grid and obsessively analyzing the behaviors of her cat Padfoot 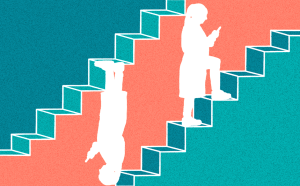 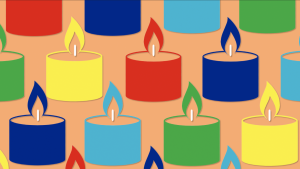 Why it Took a Pandemic to Reignite my Libido 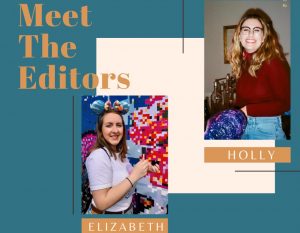 A Letter from the Editors