I get obsessed with songs. Like really obsessed. Sometimes I’ll hear a song that just connects with me on this other level. The cycle of the song’s emotional journey hits my heart’s cravings and I have to listen to it on repeat for hours, days, weeks. I’m in a loop. I can’t not listen to it. There is a divine ache that calls my soul and I can’t let it go.

Today that song is Gymnopédie No.1 composed by Erik Satie. It’s a floating, dream-like piece. Something you can’t fully grasp. Even the ending doesn’t really end but drifts off into the atmosphere. A “will they, won’t they” moment translated into music.

Then it hit me. There’s a reason I’m obsessed with this song in particular.

It reminds me of you.

You. You with the hair and the eyes. And the smile. Can’t forget the smile.

I remember when we first met. It was a big city. You had just moved. I had been there for a few years now, trying to follow my dreams. I think it was New York? Or London? No, definitely Los Angeles. You were pursuing a Master’s Degree. I was a waitress role-playing as a writer. We met at a park. No, it was an office building. No. A coffee shop.

Definitely a coffee shop. And I was walking in and you were leaving. I was on the phone with a friend. You held the door for me. The moment I saw you, I stopped in my tracks. I know you did too. I literally did that movie slow-drop of the phone from my ear with my friend on the other line. Her quiet “hey are you still there?” came out muffled. I hung up on her and stared at you because you were exactly how I imagined my perfect partner would look when I was thirteen.

You looked at me with that same jaw-dropped look. Obviously, this was fate.

At first glance, we were opposites. I was dressed like a 1930s aviator tomboy — a mix of Amelia Earhart and Evie from The Mummy (1999). You were dressed like an English teacher — total Mr. Rogers vibes. My hair was curled in tresses and yours was short. We both looked like we didn’t belong.

You asked me for my number. No wait. You asked if you could buy me coffee. I said yes and you walked back inside. I was supposed to meet a friend. She forgives me now for cancelling. You had somewhere to be, but you knew it could wait.

We talked. One hour became two. Then three. You asked for my number. No. I asked for your number. I remember. You liked that. You thought it was funny that I was so bold. We both know now it wouldn’t have been any other way.

Our first actual date was frozen yogurt. You were nervous. I got excited while telling you about a book I was reading and spilled my frozen yogurt down my front. You quickly got up and grabbed all the free napkins to help clean my silly mess. That date continued into the evening. You laughed at my overly-dramatic-for-comedy lip-sync choreography to “Tiny Dancer” by Elton John, but you soon joined in.

And as I listen to Gymnopédie No.1 the more it reminds me of one day in particular.

It was late. You were there. Standing in front of me. That dumb grin plastered on your face as drops of light rain hit the brim of your hat and dappled the leather on your boots. You fixed your hair, smoothing it under your baseball cap — a sports team I didn’t grow up knowing but one I have adopted since you love them. Was it a Dodgers cap? Or was it the Mets? I know it wasn’t the Red Sox.

You said, “Hurry up! We’re going to be late!” and I laughed knowing full-well we already were. Deep down, I knew I was in love with you, I just didn’t consciously know if yet.

Like a movie, I see your face in a series of close up inserts. I see your eyes as they light up with that spark for living. I see the corners of your mouth scrunch up as your full-belly laughs echo into eternity. The timbre and vibration of your voice floats soothing through the air. High-quality comfort.

We watch the stars and talk about the solar system and our place in the universe. You start talking about math. I never understood why you liked math so much, but I liked how it transformed you into this glowing embodiment of joy when you spoke about theorems and proofs and derivatives. I let you chatter away. I told you my greatest desires; that I wanted nothing more than to feel this sense of wonder forever.

I never wanted to fall asleep around you. I wanted to soak in every moment. I didn’t want to lose the feeling I got around you.

So, I learned to play Gymnopédie No.1 on the piano. Satie asks us to play the piece “lent et douloureux” or slow and painful. It’s the perfect dose of melancholia.

Gymnopédie No.1 doesn’t end. It drifts off into oblivion. It can be looped back around forever, if you let it. It inspires me to create fictional scenarios that make existence less bleak. It’s like a warm cup of coffee or that crisp autumn air. The musical equivalent to the cozy day-dream of my Taurus fantasies.

It’s like you, in my mind. Images of rose-colored nostalgia tinted with polite promises. Ethereal and not real. At least not in the way the fantasy presents itself. You’re a feeling. You are the longing in my head. You are what I’ve been force fed to desire — a soulmate; that which will make my life complete. You are the compilation of sound wave vibrations from a guy who died in 1925 stitched together with good memories from my own dating perils.

I don’t mind your non-existence. It’s taken me years to accept it. In a world where happiness in my own singlehood is revolutionary; my happiness may be relative but I am happy nonetheless. I don’t need you. I just like you when I want to. I would rather you float through my dreams like this melody of Gymnopédie No.1 than force a reality that wouldn’t work.

I am not broken. I am already whole. You’re like sugar. A fun moment for my soul. A playground in my mind made of laughter and butterflies. It’s fun to yearn for that sweet feeling of romance.  But I am who I need for the daily grind and those butterflies don’t last.

Let me imagine for however long I choose to repeat this song. Then leave me be, to move on. Let my fiction stay fiction and my fact stay fact. Float on with Gymnopédie No.1 and don’t backtrack. I like this moment in space. Let me love in between the notes. Let me fantasize this moment — before disillusionment settles and I hit that skip button. But I have to finish writing this piece, so it stays on repeat.

Caitlin Reed is an LA-based writer and self-proclaimed sweater-aficionado who prides herself in her ability to balance useless objects on her head. She enjoys writing about pop-culture and the Asian American/biracial experience. When she’s not writing, she can be found studying for Jeopardy!, on Duolingo, or down a research rabbit hole after being distracted by something... like cheese. 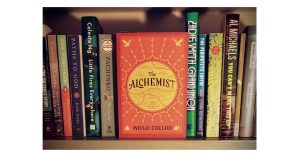 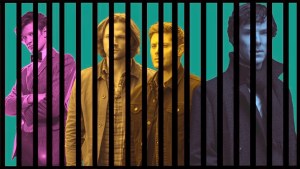 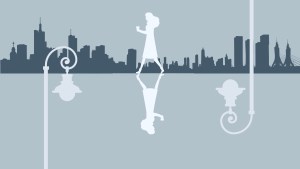